FESTIVITIES OF THE STONES 2017 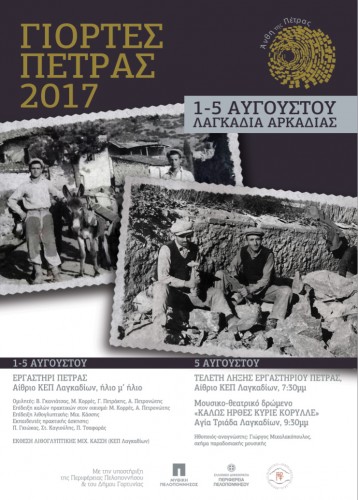 The 2017 traditional stonemasonry festival, organized by our association with the support of the Region of Peloponnese and the Municipality of Gortynia, took place in August 2017 in Lagadia, Arcadia and was completed with remarkable success.

The 1st Workshop, with the impressive participation of trainee engineers and craftsmen from all over Greece, included training on the traditional stonemasonry under the guidance of old Lagadian craftsmen. Enthusiasm prevailed among the trainees, who participated with dedication and passion, managing to complete the projects planned in the framework of the training program (arch, corner, dry stone wall) and which will remain in the area as symbols of the revival of apprenticeship in the stonemasonry.

NTUA professor Mr. Vassilis Ganiatsas, Member of the Academy of Athens Mr. Manolis Korres, AUTh professor Mr. Argyris Petronotis and architect Mr. George Petrakis participated in the theoretical part of the workshop by delivering high quality lectures. Deputy Head of the Region Ang. Papangelopoulos, the President of the Regional Council of the Techical Chamber of Greece (TEE-Regional Unit of Peloponnese) An. Spiliopoulos, the Director of the Epidaurus School of Stone Carving Theod. Antonopoulou and many others attended the lectures.

The festival ended with a closing ceremony that consisted of two parts. In the first part, at the closure of the Workshop, the students presented their works, proposals were submitted by instructors and trainees, and the Chairman of the Scientific Committee, professor of the NTUA School of Architecture, Mr. Vassilis Ganiatsas, communicated the first conclusions from the five-day Workshop. Mr. Arg. Petronotis, professor emeritus of Architecture at AUTh, awarded certificates of attendance to the trainees. The closing ceremony of the Workshop was attended by the Director of the Directorate of Modern Cultural Reserve and Intangible Cultural Heritage of the Ministry of Culture and Sports, Ms. Fotopoulou. In the second part, musical theater event "Welcome Mr. Korylle”. George Michalakopoulos charmed the crowd that had gathered under the "shadow of the rock" at Agia Triada with his exceptional acting skills. The brilliant actor, accompanied by traditional music, performed excerpts from the work of the 19th century Patras traveler, Christos Koryllos, which included unique narratives from the life of craftsmen as well as of wider social groups in the late 19th century. 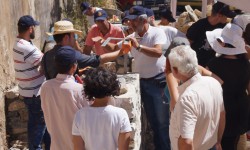 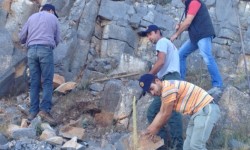 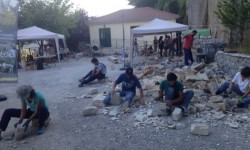 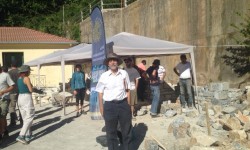 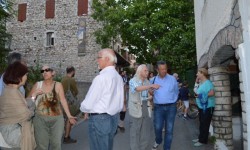 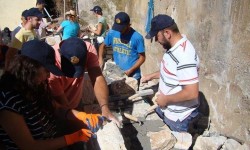 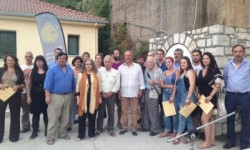 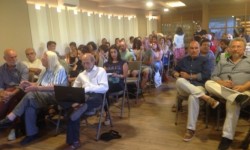 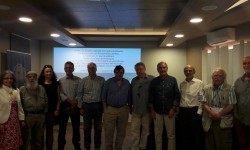 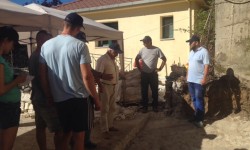 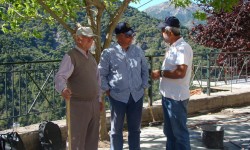 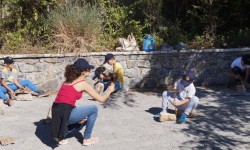 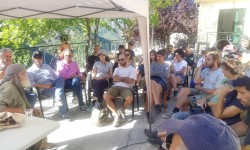 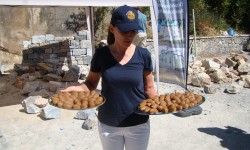 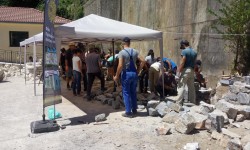