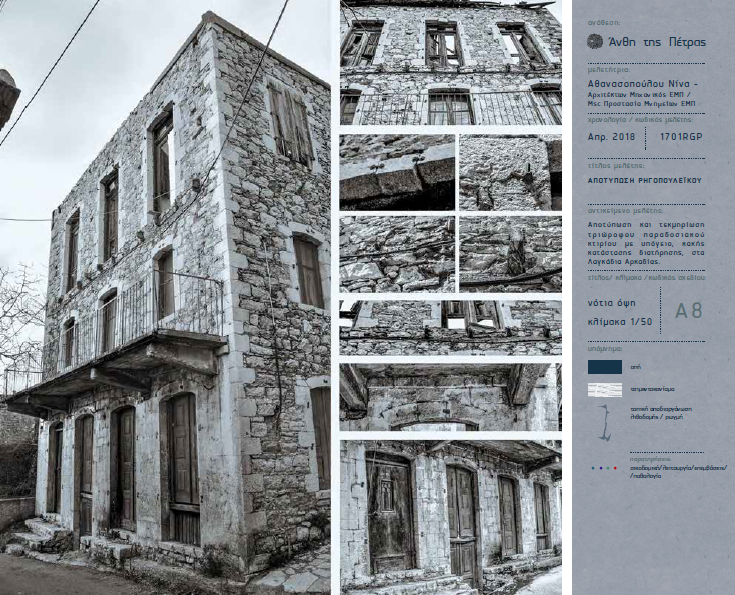 The architectural study started in the spring of 2018, after the architectural surveying and the site plan had been concluded according to the new provisions. During its development phase, we met with the team of civil engineers who were responsible for carrying out of the structural design and calculations. This process was halted in June 2019, when an application and the relevant file were submitted in order for the ruined mansion to be designated as a monument and while the preliminary architectural design had already been prepared. It was completed after obtaining the expert opinion of the Central Council of Modern Monuments, which was published in the Government Gazette of the Hellenic Republic at the beginning of 2021.

The designation of the Rigopoulos family mansion as a monument of traditional architecture reactivated the studies. As a result, the structural design and calculations were concluded in the spring of 2021, whereas, at present, other studies (E / M, networks, etc.) are being carried out.