FESTIVITIES OF THE STONES 2018 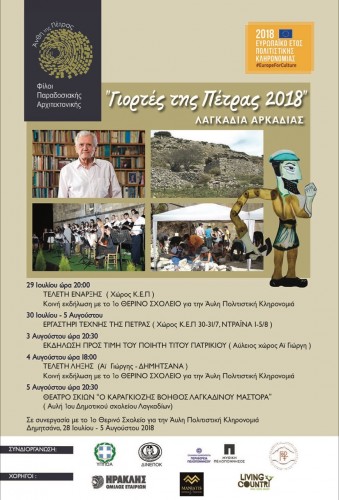 The Festival was organized by our association with the support of the Ministry of Culture and Sports, the Region of Peloponnese and the Municipality of Gortynia and was included in the official program of the 2018 European Cultural Heritage Year. It took place in Lagadia, Arcadia during the summer and was completed with notable success.

The participation of trained architects and craftsmen from all over Greece was impressive and met the expectations of both organizers and participants. The students expressed their excitement and worked with dedication and passion during the training on the traditional art of stone, under the guidance of not only Lagadia master craftsmen but also of experienced craftsmen from Epirus and Macedonia (Pentalofo). The 2nd Workshop strongly supports the effort for the creation of an art of stone training school with the aim of educating a new generation of craftsmen in the traditional art of stone.

Widely experienced academic professors (A. Petronotis, S. Nomikos, A. Georgiadi, A. Paraskevopoulou) participated in the theoretical part of the Workshop with high quality presentations and lectures, covering the thematic units of stone bridge construction, mills, church construction and, additionally, of the relationship between traditional architecture and natural environment.

During the workshop, the trainees were trained in the stone carving, completed a building that had remained unfinished from the 1st Workshop, completely restored a damaged public fountain and partially restored two dry stone structures (threshing floor, old building) at Draina, a medieval settlement, precursor of Lagadia.

On August 4th, the joint ceremony with the 1st Summer School in Intangible Cultural Heritage took place in Dimitsana. The ceremony started with a high-level round table on the management of cultural heritage with the participation of V. Fotopoulou, Dr. V. Stergiotis and V. Ganiatsas, followed by an open discussion with the participation of trainees and the public. The ceremony ended with a traditional feast in Agios Georgios Square, Dimitsana.

In the context of the 2018 Festivities of Stone, two parallel events took place. August 3rd was an exceptional evening during which, poet Titos Patrikios was honored. Poet and critic D. Daskalopoulos and writer M. Stasinopoulou discussed his work. Actor K. Kastanas recited poems by T. Patrikios in an exceptional way, accompanied by flutist S. Mavrogenidou. The poet himself also read some of his most representative poems and the event ended with a wonderful performance of contemporary poetry set to music by the “ORFEAS” choir of Tripoli. It included poems by Titos Patrikios set to music by Sofia Mavrogenidou which were presented to the audience for the first time. 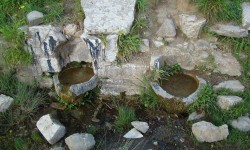 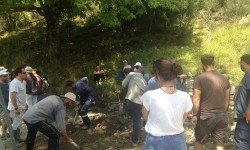 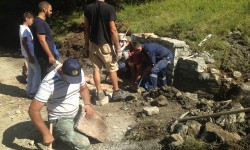 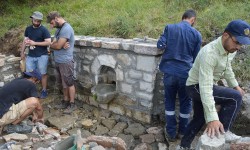 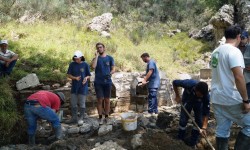 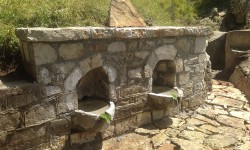 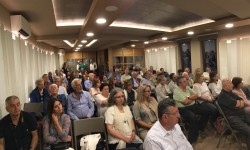 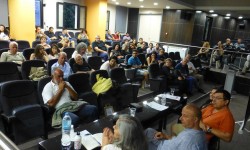 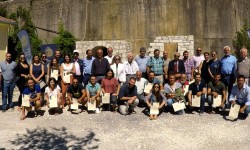 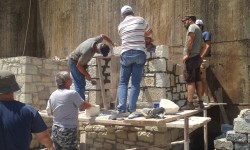 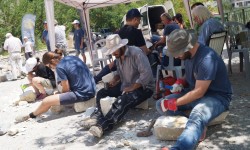 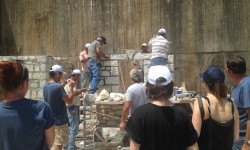 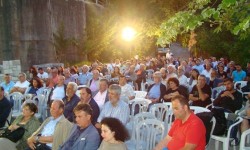 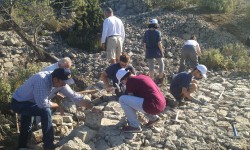 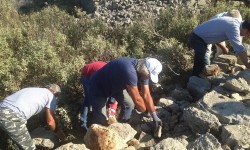 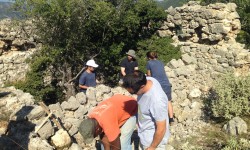 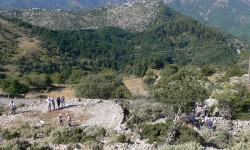 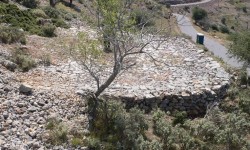